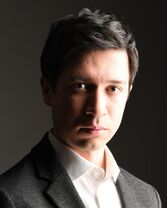 Yoshio Hamano has had the privilege to study with the distinguished artists of our times: Eliso Virsaladze, late Elena Ashkenazy, Dmitri Alexeev, Gerald Fauth, and Dr Nikita Fitenko.  He completed his Master of Performance and Artist Diploma in 2015 at the Royal College of Music London and obtained the Bachelor of Arts degree in 2012 from Tokyo University of the Arts, where he studied with Dr Atsuko Okada.

Yoshio Hamano is now a full-time lecturer of piano at Tokyo College of Music, having taught part time previously at Tokyo University of the Arts. In addition, he works as the artistic director of Renaissance Projects Worldwide Concert Series organised in partnership with pianist Toshihiro Kaneshige, as well as an independent concert producer: among his projects are regular outreach tours to north‐eastern region of Japan, worst affected by the March 2011 Higashi‐Nihon Earthquake and Tsunami. Since 2020, Yoshio Hamano has served as Associate Professor and jury member at the JMI Piano Competitions.