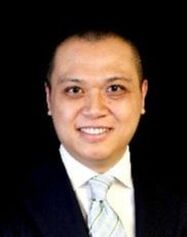 Critics have hailed Ernest So as a performer who exerts a “phenomenon presence on stage” and one who “evokes the romanticism and technical brilliance of a 19th century pianist”.  Mr. So’s early manifestation as concert pianist brought prizes such as the Bes​t Performer A​ward during his youth in Singapore and later the Beethoven Trophy.  His years at the Juilliard School were spent under the artistic influence and instruction of renowned Beethoven scholar Jacob Lateiner (1928 – 2010); other teachers include Solomon Mikowsky, the late Constance Keene, and Jonathan Feldman.

Besides active concertizing, Ernest So is equally devoted to musical education, founding Atelier des Artistes in New York (2000) and PerformNow in Hong Kong (2005), curating series of concerts each year in both cities.  Ernest So has taught at the Kingston University (UK) and Hong Kong University; he currently serves as Distinguished Visiting Professors for numerous universities in China, Vice-Chairman of the Asia Musicians Association, and an Affiliated Fellow of the Morningside College of CUHK.  Mr. So also serves as Director of several international piano competitions, such as the Petrof International Piano Competition, Concurso Internacional de Piano “Ciudad de Vigo”, Dagestan International Festival of Young Talents, and HKYPAF. Five CDs have been released to date.  Two albums on Latin American music, including Mario Ruiz Armengol’s rare but monumental Danzas Cubanas; a French album premiering works by Lucien Wurmser; a compilation of rarely heard works by composers from Dagestan to Israel to France.  Latest release includes transcriptions of George Gershwin and works by Igor Yakushenko.

Besides, Ernest So is a technical consultant on piano manufacture and restoration techniques, working for various piano builders and restorers. He is currently the Chief Technical Consultant for Asia Piano Japan.  He has long been associated with Fazioli pianos, performing and recording on many of their instruments.

The Ernest So Piano Library was opened in 2017 in Hong Kong, making two thousand rare piano scores, LPs, books and other musical materials available to the public for the first time.   Besides musical endeavors, Ernest is dedicated to charity work in China, involving in building projects of over 30 school buildings, scholarship and aids for children from poverty stricken rural China.  In 2020, Ernest So is invited to revisit Singapore, to serve as Associate Professor and jury member at the JMI Competition for Pianists.